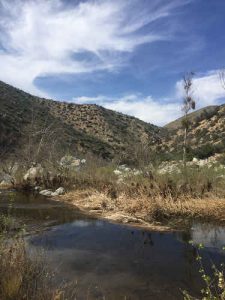 A man can stand for a lot of pushing if he has to.  ‘Specially when he has his reasons.  But there are some things a man can’t take.  Not if he’s to go on living with himself.”
–Jack Schafer  (Shane)

It was cold sleeping in the backroom of the eatery, but Molly and I had done it before.  Despite Lucas being cut, I reckoned the burning of that shack might be a blessing.  Dreg had meant it to hurt me, but now I can go out and look for a better place for us to live.  I had been wanting to do that for some time.  The good Lord can turn evil around for the good.
I wasn’t thrilled that Lucas had been an object in their little game.  At least Dreg didn’t kill him.  One thing that really does get to me is seeing friends of mine hurt.  Especially when they are a ploy for evil men, and are innocent.
Gray-light would be showing in a little while.  I was just about to get up from out pallet, but it felt so good there with the blankets and buffalo robe over us.  “Just a few more minutes,” I thought and snuggled closer to Molly.
“You have to help him,” came her voice.
“Help who?” I asked.  “I thought you were still sleepin’.”
“Have to get up and get the fire started in the stove since you’re going to be lazy this morning.”
“Yes ma’am!” I said with emphasis.  I shook out my boots; a person never knows if a spider crawled in them during the night.  It was a habit from my cowboying days, only then it was snakes and scorpions.  Grabbed my hat and started to pull my pants on.
“Miles,” said Molly.  “We’ve been together several years now and I’ve always wondered.  Why do you put your boots on first?  Would it be easier to put on your pants and then your boots?”
I looked over at her.  “Never really thought ’bout it.  Just the way I do it, and now I’ve got to go get the fire started before I freeze.”
It didn’t take long to get the stove going, but I noticed that the wood was getting short.  Lucas, with his arm, hadn’t been able to chop any.  That would be one job for the day.  I went to the pump to fill up the coffeepot and put it on the stove.
There was movement in the backroom, Molly was up, getting dressed, and folding up the bedding materials.  In a few minutes she came through the door.  I sure don’t know how she does it; she looked fresh as a daisy, hair combed and a smile.
“Greta and Hannah will be coming by in a little while with fresh eggs.  They said the hens are slowing down their laying with the cold weather.  I have a couple left, and I’ll whip up some pancakes for them,” she paused.  “It’s sure cold, that coffee ready yet?”
She started working and I went out to the dining area and started up that stove so the room could start to warm up.  Being winter it was still dark outside, but in spite of that Molly usually had the place opened at 6:00.  By the time I went back to the kitchen to check on the coffee, Marta and her mother were there for the day’s work.  They were sure a God-send.
Fiona shooed Molly out of the kitchen so she could come and sit with me.  I grabbed the pot and Marta started another one.  “Sausage, venison, or ham?” yelled Fiona.
“Yes!” I replied.
“Don’t be so smart,” scolded Molly as she sat down.  I poured her a cup.
“Back to Trenton, you’ve got to help him.  Don’t you see what is happening?” she asked.
“I see it.  I don’t like what happened to him one bit, but it is his choice how he handles it,” I took a sip.  But yur right, he could go to the bad.”
She laid her hand on my arm.  “Miles, you have to try.  Didn’t you say you helped your friend, Elias, out of a situation like this once?”
“No two men are alike.”
The words were just out of my mouth when in walked Hannah and Greta.  We both got up and gave them a hug.  “Sit down,” I said.  “I’ll get you some coffee.”
We were sitting back down when there was a blast, then another.  I knocked Molly to the floor.  Hannah shrieked and fell to the floor, Greta was already under the table.

The fruits–I’ll read ‘flowers’–of the Spirit are love, joy, peace, long-suffering, gentleness, goodness, faith, meekness, self-control, and some of these grow only in the canyon.”
–Ralph Connor (The Sky Pilot)

Just thought I’d write a little about my Grandpa since tomorrow would be his birthday. I remember him very well. My earliest recollections of him, and I must have been around 4, was that he was a big man and loved to fish.
At an early age the family moved from Tennessee to Arkansas. Grandpa’s mother died when he was young. He started working in the coal mines around Williams, OK. When the mines closed down the family moved to Colorado, but there was no work in the mines when they arrived, therefore, they lived in the Pitkin area and he worked as a lumberjack. The family of six lived in a one-room cabin in the mountains. After a short time there, the mines were hiring in Boulder County and the family moved to Superior, Colorado.
Grandpa spent thirty years working in the coal mines. He was also a truck driver, and when I came to know him he was working in the Boulder brick yard. All of this time he still loved to fish. Eventually that became the bond between us, he would take me fishing. Also, I went to the rodeo with him and ball games.
I guess the main thing I remembered about him was his work ethic. He worked hard and expected others to do the same. Besides fishing and baseball, he used to like to fight. Most of it was in fun–wrestling, but from I know he was known to be able to take care of himself.
Death sort of came the same way. He was sitting on the couch in the living room. My Aunt Bern asked if she could get him anything, perhaps a cup of milk. Grandpa liked milk. He said he would get it himself, got up, and coming back from the kitchen, just before sitting down he gave a big sigh and sat–dying.
————————–
“Man goes forth to his work and remains at his task until evening.”
–Psalm 104:23 (AMPC)

Whereas Grandpa was a hard-worker and maybe that was his lot in life, though he would not agree with that. He believed that he was supposed to work. He believed that all are supposed to work. That was not his lot in life, that was his purpose in life.
Definitely the work ethic in this country has changed. The newer generations bounce around from job to job. They expect beneifts an high salary from the start. Don’t dare tell them they have to pay their dues, if you do they’ll quit and go looking for someplace else to exploit.
Many, today, do not want growth, they want something that is free. They don’t want to earn their way, they want it given to them. They have yet to learn a major lesson in life: nothing’s free. What maybe even worse is that they do not want personal growth. That will take time and effort. It would be well to remember that work is the kin to character development.
Just because you give someone a tool, it doesn’t mean they will take care of it, or that they will learn how to use it. Elmer Kelton wrote, “Dull knife, dull boy.” Listen, there’s much truth in that statement.