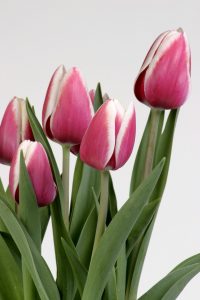 He thought of the coming night, and was conscious of the faintest sounds, of the smells of coffee, of bacon frying, of burning cedar, and of sagebrush.”
–Louis L’Amour

Good coffee this morning, pard.  I’ll pour you a cup.  Bones are aching a mite this mornin’.  I used to hear tell that a person could tell the change in the whether by the feelin’ in his bones.  I don’t know that they were right.  This drizzlin’ weather sure do make mine ache.  Was gonna give the lawn a haircut, but guess that’ll wait ’til next week.
Sure hope you had a good week.  Mine was busy, and at points interestin’, but I won’t go into that now.  Been ponderin’ some about those that whine and complain about the road they’re a-travelin’.  Two things about that that they, in fact, we all should be rememberin’.  The Lord knows where we’re travelin’, which road and the obstacles on it.  Hopefully He put us on that road, but we might have made a wrong turn somewhere.  No matter, He is there.  Number two, now get this one for it can ease a wearisome mind.  For every bad road you travel, just come to the realization that there’s two miles of ditch that you’ve stayed out of.  Sure does shine a different light on the situation.
Ahhh, that is, good coffee.  Time for another cup?  Yessiree, good all the way down to the gullet.  Didn’t watch much news this week, and know what didn’t miss it, nor did I wonder what was goin’ on.  Did hear of that day of the woman.  Now, if that isn’t foolishness, I don’t know what is.  Now, I may be an ol’ fence post, but I figure anyone in their right senses knows that man can’t get ‘long without a woman.  She’s to be there by his side, walking the road with her man and takin’ the bumps along the way.  Most often I don’t do a good job of it, but I try to let my missus know I appreciate her.  I get sorta of a kick out of the hoodoo of those special sweetheart days.  I ain’t a-braggin’, well maybe a little, but I try to bring her flowers right often.  Makes the gizzard sorta giggle when I give them to her and she smiles.
Well, ‘nough of this palaver.  Let’s finish the coffee and get on with the day.
It’s a little mucky out there, you be sure’n check that cinch.