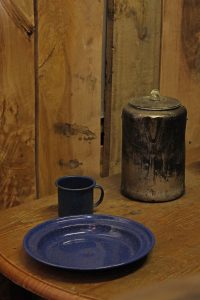 Yet friendship had its ties which held even when friendship is gone.  It was a cold-blooded man who suddenly, on the morning of bad luck, cut these ties clean and stepped away.  It meant the ties were never very real; it meant a man’s loyalty was a shifty thing, subject to any variation in weather.  If a man could not stand fast in a few things, what kind of meaning did life have?”
–Ernest Haycox  (Canyon Passage)

“A friend is always loyal, and a brother is born to help in time of need.”
–Proverbs 17:17 (NLT)
—————————
I was thinking, pondering actually, about the term “prime”.  It could mean meat.  For example, a prime cut.  Does that describe you?  Not a piece of meat, but prime.  Some of you may remember back to the old days when getting water meant going to the well or pump.  If you had a hand-pump the first thing you had to do was prime it.  That pump just wouldn’t work unless it was primed.  Are you the primer that brings the water gushing out?  Then I thought of the blackpowder weapons.  After moving from flint they went to a primer.  Load the rifle or pistol with lead and powder and nothing would happen unless there was a primer attached.  The hammer would hit the primer causing a spark and then the weapon would discharge.  Are you a primer from which would come a large explosion?
Every morning most of you reading this need a primer.  You head for the coffeepot.  There is a rule where I live, first one up makes the coffee.  That means me for I’m usually the first one up.  I make it strong; I want those drinking it to be primed for the day!  Bah on those who drink cinos or soda pop for breakfast.  That doesn’t really do much priming. (hmmm, maybe I should have saved this for my Saturday Coffee Perc.)
Ahhhh, the smell, the sound, the flavor that comes from that cup of coffee.  Think about it now, does your life exude the sound, flavor and smell that is pleasing to the Lord; the sound of a spirit-led life?  And while I’m on coffee, it was the third most important requirement of our soldiers in both World War I and World War II, just under arms and ammunition.
—————————
“All of a sudden, Fred gave a scream and reared up almost throwing me off.  After he came back on all four legs he was snorting and agitated.  I looked to see what caused this reaction: slithering off the side of the road was a large rattler.  I pulled my gun.
‘Easy, Elias,’ cautioned Brown.
‘I don’t like snakes!’  And I watched as it went around the building looking for shade.
Fred had settled down, and my heart was nearly back to normal, so we continued on down what seemed to be the main street.  Tom started to rein in at the first building, a cantina, but I shook my head as I remembered that snake was somewhere in the vicinity.”
(excerpt from Mal de Ojo)

Satan, that old serpent, still slithers around causing screams and havoc.  He would like nothing better than to sink his fangs deep into your heart and soul.  Be aware then, of your steps.  Do you realize that when the curse is removed and Jesus reigns during the Millennial Period that the serpent will still bear the remarks of the curse as a reminder?

“‘The wolf and the lamb shall feed together, The lion shall eat straw like the ox, And dust shall be the serpent’s food. They shall not hurt nor destroy in all My holy mountain,’ Says the Lord.”
–Isaiah 65:25 (NKJV)